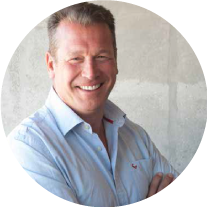 Tim was appointed as Managing Director of Abagold on the 1st of April 2015.

Tim started his career in Agriculture, where he launched and managed an agricultural marketing company, Farmwise LTD, in the early 1990’s. This company still exists today and is the largest supplier of fresh potatoes to the South African premium retail chain of Woolworths. Tim is a Non-Executive director at Farmwise.

He then joined McCain Foods in 1996 and worked all around the world with this family owned Global Multi-National Food processor. Time was spent in Argentina, UK, Holland and Canada where he fulfilled a variety of senior positions in Management, Sales, Marketing and Supply Chain, before returning to South Africa in 2006. He worked for the South African McCain operation as a director of Agriculture.

Tim left McCain in 2008 to enter the world of Private Equity, where he performed the CEO roles for a number of organisations. These companies include, Incolabs (Personal care consumer Goods), Hedgeware trading (CSI initiatives in Agriculture) and most recently, Tim was heading up the family owned Vegetarian Food Company, Fry Group Foods, as their Managing Director before joining Abagold in 2015.

Werner joined Abagold in 2006 to head up the new processing plant.

After studying food technology at the Cape Technikon, Werner started his career in the fresh fruit industry as a quality assessor at PPECB. In 2000, he became involved with an internet start-up company marketing fresh fruit on the internet. He was one of the founder directors of FairTrade South Africa (FTSA) and served two years as Chairperson on the FTSA trust. During this time, he was a representative for Southern Africa on the African Fairtrade Network (AFN). 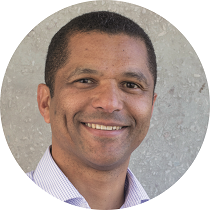 Enver is a chartered accountant with 15 years’ experience in financial management. After qualifying as a pharmacist, he completed the accountant’s conversion course at UCT in 1998 and attained the post graduate diploma in accounting in 1999. Enver completed his articles with Ernst & Young in Cape Town, and in 2003, relocated to Johannesburg. He has worked for Standard Bank Structured Finance Division, where the roles he fulfilled included finance manager and pricing manager with CIB. In 2008 he joined Eqstra fleet management and headed up the finance team for the “Rest of Africa” division, which managed operations in 8 African countries including Nigeria. He was part of a team that started a new venture for Eqstra, in mining equipment leasing, and was later promoted to divisional CFO. His most recent role was in the logistics industry as the CFO of Transit Freight Forwarding, a subsidiary of a Hong Kong listed entity. 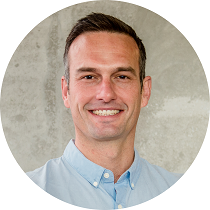 Marius Hugo joined Abagold as the Chief Operating Officer (COO) and as a member of our Senior Management Team (Manco) in February 2021.

He is a qualified industrial electronic engineer (Stellenbosch University), who also completed his MBA at UCT Graduate School of Business in 2006. Marius’ work history combines global finance experience with pure engineering and production. He was a deal executive for Absa bank in 2007 and a deal Executive for Metier Private equity in 2011.

Marius is well versed with the requirements and operational challenges that face Abagold. He continues in his role as MD and Founder of Mean Sea Level, which has been operational since 2014 on Abagold Sea View farm. With his engineering background and passion for technology, he is a valuable source of innovative solutions and new initiatives for the Abagold.